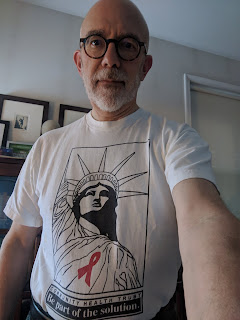 Posted by Larry Wolf at 1:24 PM No comments:

The Argonauts - Wanting it both ways 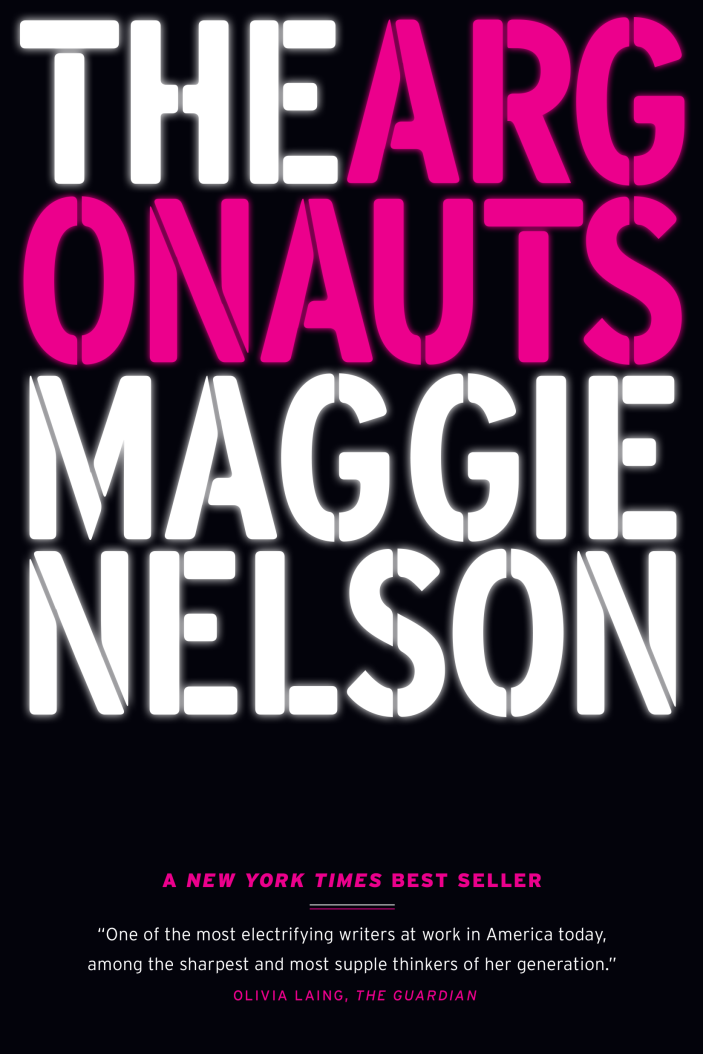 Here is a quote. More posts will likely come over time as I read more.

Eve Kosofsky Sedgwick wanted to make way for "queer" to hold all kinds of resistances and fracturings and mismatches that have little or nothing to do with sexual orientation. "Queer is a continuing moment, movement, motive -- recurrent, eddyin, troublant," she wrote. "Keenly, it is relational, and strange." She wanted the term to be a perpetual excitement, a kind of placeholder -- a nominative, like Argo, willing to designate molten or shifting parts, a means of asserting while also giving the slip. That is what reclaimed terms do -- they retain, they insist on retaining, a sense of the fugitive.

At the same time, Sedgwick argued that "given the historic and contemporary force of the prohibitions against every same-sex sexual expression, for anyone to disavow those meanings, or to displace them from the term [queer]'s definitional center, would be to dematerialize any possibility of queerness itself."

Self-Portrait as a Drowned Man

This photograph sees to be everywhere these days. Everywhere in my world of books of photographs. It's a protest photo from 1840. A self-portrait. A narrative portrait. Annotated. Imaginary. Pissed off.

What story is it telling?

Perhaps the earliest of these [performative works] coincided with the 1839 advent of the medium: Hippolyte Bayard produced Le Noyé (Self-portrait as a drowned man) in October 1840. A direct positive print on paper (and therefore an easier and cheaper alternative to the metal daguerreotype), Bayard’s self-portrait is not only a technical masterpiece but a conceptual one. It shows the inventor of the process, slumped as though sleeping, naked from the waist up, like Jacques-Louis David’s 1793 painting of the assassinated Marat; Bayard’s strangely dark hands a testament to both chemistry and hard work, crossed in peaceful resignation on his lap. But it is the title that completes the work, referring the viewer (whomever Bayard imagined that might have been) to the hopeless plight of the sitter: Bayard claimed to have invented photography before Daguerre, who received all the credit for the invention. In the photograph, he appears rejected, ignored, sinking without a trace below the high watermark of Daguerre’s fame and fortune. Bayard’s silent protest is probably the earliest, and certainly the greatest, of the ﬁrst real performances made purely for the camera, and existing only as a photographic print.

From The Nonist: The Narrative on the back of the photograph

On the back, written in third person, is Hippolyte’s suicide note in which states his grievance rather explicitly.

Quote: “The corpse which you see here is that of M. Bayard, inventor of the process that has just been shown to you. As far as I know this indefatigable experimenter has been occupied for about three years with his discovery. The Government, which has been only too generous to Monsieur Daguerre, has said it can do nothing for Monsieur Bayard, and the poor wretch has drowned himself. Oh the vagaries of human life…! He has been at the morgue for several days, and no-one has recognized or claimed him. Ladies and gentlemen, you’d better pass along for fear of offending your sense of smell, for as you can observe, the face and hands of the gentleman are beginning to decay.”
Posted by Larry Wolf at 9:51 AM No comments:

It was a bright cold day. Like today but not as cold. I took the L to 18th Street and walked to Tommy's gallery, Gallery19.

I had brought a box of 5x7 prints, a sampling of images that speak to me. Some I took. Some I downloaded from the Internet. Some of mine were of people and places. Others were of artists' work in museums that spoke to me. I grouped them. Portraits. Abstracts. Selfies. Vertical. Horizontal. Mine. Others.

We talked our way through the pictures. The different papers. The different tonal qualities. The use of various techniques and no technique. Some intentional. Some captured quickly in a moment.

Tommy commented that there was an architectural quality to the images, that one could take portraits of buildings, that an architectural element could show up in pictures of people, like the work of Edward Steichen.

Looking for an image of Steichen's, I'm struck by the 110 years from when this image of the Flatiron Building was printed. How young the art of photography is. That Steichen lived until 1973, when I was 21. I might have met him in person. Our lives overlapped in time although not in the same place, at the same time. Might have but didn't, other than in his photographs and those of others inspired by him and his work.

Tommy had a few suggestions for taking my images further.

Seem like the right things to be doing. Let the games begin!

Besides looking at images, the thing I like best is reading. Here are a couple of Tommy's suggestions. More about them at a later time. 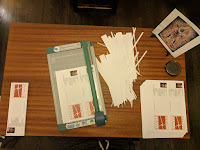 I'm relaunching my consulting business this month at the HIMSS19 conference in Orlando and the NASL conference in DC. These will be opportunities to meet with old friends for our annual check-in, to explore what's happening in the world of Health IT, and to be surprised a few times. I'm looking for the sparks of excitement that will help me identify what's next. 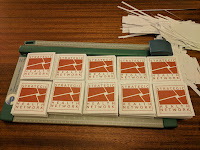 To engage with attendees at these events, I designed a hybrid business card, brochure, resume and notepad. Something that would fit in the conference badge holder, that would stand out from all the business cards that everyone collects and then wonders "Who gave this to me?" "What did we talk about?" Not so big it was tossed in the heap of brochures and flyers only to be never looked at again.

I especially wanted the back of the tri-fold to be mainly blank with just the Strategic Health Network url across the bottom. I plan to use this as "the back of an envelop" for a note or diagram.  The ideas that were the heart of a conversation. 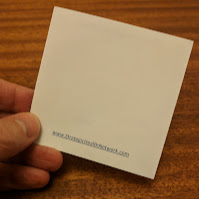 It will be a good discipline for me to write or draw something, to do more than hand out contact info. The real value of a conference is the human connection, the random moments of shared thinking, the ideas that might still be valuable the next day.

Each of these small squares is filled with potential, an open field for dancing, This is one fill-in-the-blank exercise with only right answers. 👍

I'm looking forward to what appears!
Posted by Larry Wolf at 2:30 PM No comments: