I had the pleasure of talking with Jan Christian Bernabe, the gallery director. We discussed the importance of a narrative arc in an exhibit, one which takes the viewer on a journey through the images. In this case, there is a journey from exterior to interior spaces. This parallels the journey from outer experience to more personal emotions.

The work includes images of lush plantings and concrete and desert; exposed skin and bodies wrapped in plastic and rope; a disembodied arm and the tops of trees. The final works are lightboxes with blowups of gummy bears, a blast of bright color.

"The photographs explore the intersections of fetish culture and queerness within and outside the domestic sphere and the quotidian, using Los Angeles and images of domesticity as their backdrop."

"They are playful actions in color, form, and constructed sculptural and domestic compositions of sugar, palms, plastic wrap, and breath play, reveling in performance and references to childhood. Incorporating the iconic landscape of Los Angeles as well as indoor domestic spaces, these are visualizations and conceptions of contemporary relationships between consumption and pleasure while investigating the manifestations of mundane objects in fetish culture." 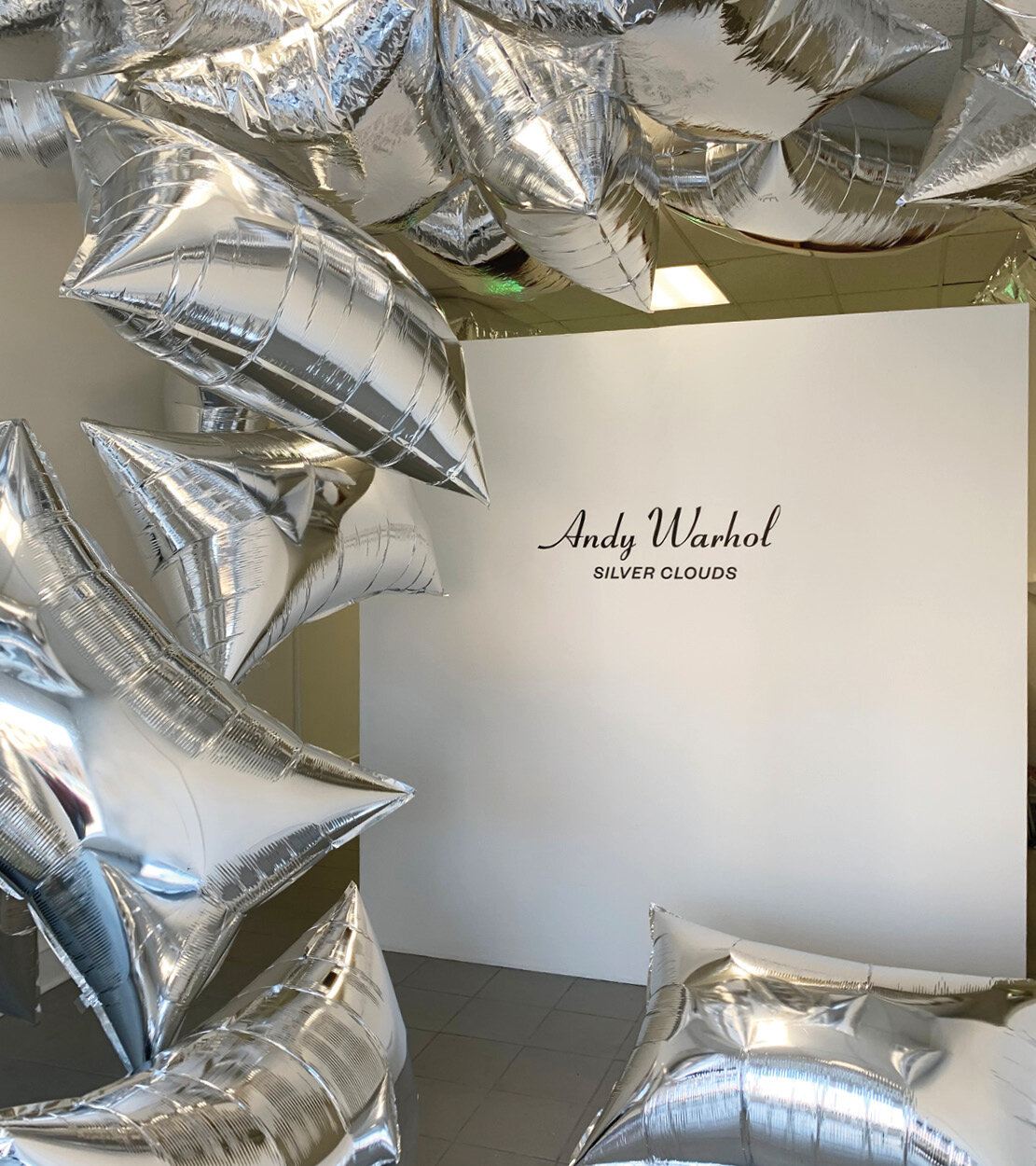 Jason Pickelman runs this gallery with quite a fun mix of work. Currently Warhol's Clouds are floating in the gallery. Living nearby, I get to see the clouds on a daily basis, as they drift in the gallery, sometimes all bunched together on the floor, other times floating at the ceiling, drifting in the space.

The gallery is open Saturdays (and Thursday evenings for the Clouds exhibit). Jason is there to talk about the art. He brings a lot of personal history from his years in Chicago.

“The clouds were Warhol’s attempt to bring the energy of his studio… into the world and make his environment public.”

“Lately they’ve been feeling like my children or my pets,” Pickleman says. “They all behave so differently.”

The landscapes have me looking at the graceful sweep of sand or confronting ragged canyons. Some show the slice through the land made by border enforcement. Others show us one earth without boundaries, or natural boundaries without explicit human imprint. In all of them, I stop and look, and question.

The image here, of the men with trucks and a fence running between them, a fence which is a very limited barrier. These men all look the same - brothers, cousins, clones - their clothes, their hair, their expressions, their stance. The trucks, backed up to each other, perhaps to exchange contents, of which we see bales of hay, the trucks are also the same but different.

What has brought these people together?

"Through an amalgam of portraiture and topographical studies of infrastructure imposed on the landscape, American Backyard looks at the reality of American lives on the border."

"Capturing a crucial period of artistic production in Asia (2004-2019), Third Realm presents works by artists who use photography, film, installation, and performance to investigate liminal spaces. ... nonbinary spaces—between past


and present, local and global, secular and sacred."


The exhibit uses the word "ritual" to describe the works. They combine the rituals of daily life with more social or religious rituals.

The Art Institute of Chicago 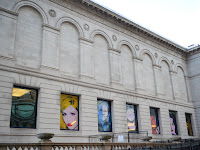 Andy is the big draw (but he's not the only artist with good work at AIC). I've been back to this exhibit several times. There is a lot here.


The Nation's Nightmare: I was taken by the multiple parts of this project from CBS with first person interviews, "a Los Angeles mother whose 15-year-old son is a dope addict, a Youngstown Ohio policeman describing a gambling raid, a Jersey City newspaper reporter ... how mobsters took over a local [union]." Warhol did drawings for a full-page ad in the NYTimes and the album cover for the audio recording.

"Warhol combined multiple images to create the drawing of the young man injecting heroin, using sources such as a series of his own studio photographs featuring a different young man pantomiming drug use. He executed the final images using his signature blotted-line technique, blotting wet ink drawings with blank paper to produce copies."

These other exhibits also spoke to me.

"In the 1930s, as the United States was struggling through the Great Depression, a rising interest in early American vernacular arts—collectively referred to as folk art—converged with major documentary photographic projects. As artists, curators, collectors, and government administrators sought to define American culture as distinct from Europe, they identified in these two burgeoning fields [, photography and folk art,] a national culture they considered egalitarian, unpretentious, and self-made."
Includes images from Walker Evans, Dorothea Lange, Marion Post Wolcott and many others.
https://www.artic.edu/exhibitions/9202/photography-folk-art-looking-for-america-in-the-1930s

"Inspired by the analog "dots" used to make fields of color in half-tone printing, Martens created a system of geometric icons that employs the traditional color palette to form bull's-eyes, starbursts, and cruciform shapes. When viewed from a distance, the field of digital icons reads as an image, yet it dissolves into an abstract grid when seen close, creating multiple experiences for the viewer."

"Her landmark early feminist work, CARVING: A Traditional Sculpture (1972)—part of the Art Institute’s collection—comprises a grid of 148 photographs that sequentially capture the artist’s journey to lose 10 pounds over a 37-day period."

"Time’s Arrow marks the first time CARVING: A Traditional Sculpture is shown with CARVING: 45 Years Later (2017), an expansive reprisal of the original work through 500 photographs over four months."

Antin commented. “I believe that my older body was in a valiant and existential struggle to prevent its transformation into the skeleton beneath the protecting flesh … death.”